Manchester getting a bit exuberant

No jokes about dropping the atom bomb. We don’t want the fallout here in Cheshire.

We do want Manchester to be better though, but our nearest big City doesn’t have much pull. We need to confront a truth that we aren’t very good at cities these days.  No British city ever gets in those lists of the most livable. We don’t even get one in at the bottom.

To me that’s like never getting even a bronze in the whole history of the Olympics. We have poor air quality, expensive and unreliable public transport, clogged roads, characterless chain-stored-to-death centres (and then same again on the edge of town), uber car-centric infrastructure, and nowhere to hang out where you don’t feel some pressure to spend money.

Awnings – they are perfect for a city with rain issues. Mancunians are sick of being reminded, especially by Londoners, that this city gets a lot of weather. This city seems to live in denial about being the first place Atlantic cloud systems dump their loads.

Manchester is such a [relatively] young city. You’d have thought the vast cotton industry wealth would have been ample to cover (literally) some city centre innovations to keep people dry and central when the sky is weeping. 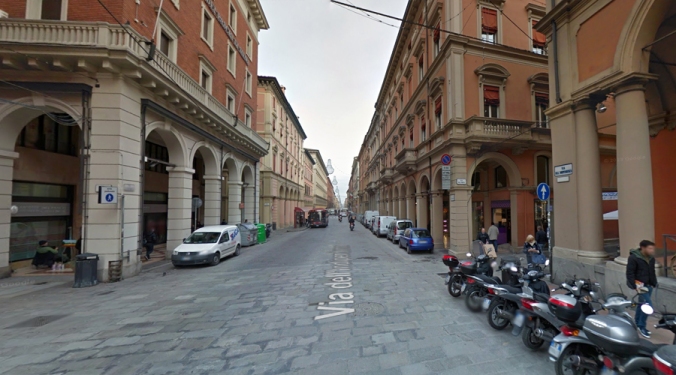 A typical street in Bologna with porticoes.

There are examples to look at all over Europe, but check out Bologna. The whole city centre is lined with streets like these (24 miles-worth in fact), where people can walk under the cover of porticoes.

They can do business, hang out, shop etc. while staying out of either the scorching sun or the rain. And a bonus for city-dwellers is everyone living on the first floor and upwards gets an extra 15×20 feet of living space.

In Bologna that might be used for an extra long family dinner table and a shrine to Padre Pio. In Manchester that could mean room for an even bigger telly and a little indoor pot farm.

Cycling by them, not in them. Again, hardly a secret in Europe as all canals lead to Rome, or the city centre. Except the ones in Manchester which weirdly get less cycle-able the nearer you get to the middle. It’s almost as if they want to keep cyclists out. 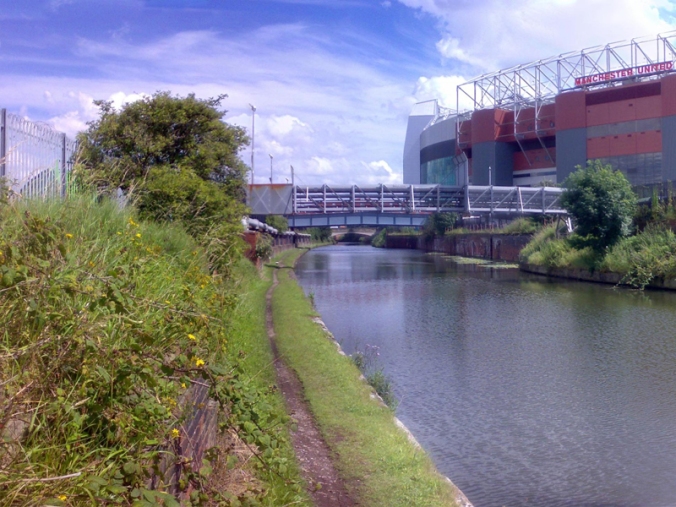 Take a canal ride from Sale to Stretford, for example, and you get a ten foot wide surfaced path, with honking geese, joggers, spring flowers and cheery old folk on longboats living off camping-stove bacon and tinned beer.

Continue on past Trafford Park and the same stretch of canal (see above) suddenly turns into a foot-wide strip of mud, with occasional moody-looking dopers to weave around.

The final stretch into the city centre is often simply blocked. 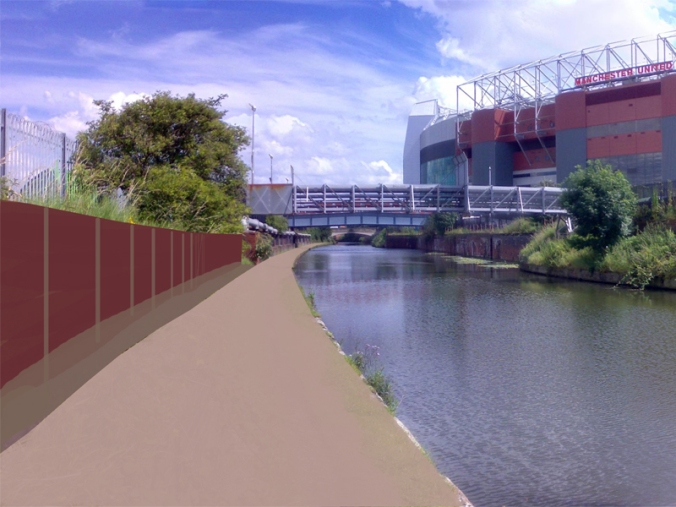 Manchester’s canals could combine the poetry of a gritty Northern heritage with a little Dutch-style romance, if only these routes were spruced up, optimised, made a feature of and embraced as a green and free way to commute.

I can’t think of a worse city square that I’ve ever seen, anywhere. It’s the only square in the world that would actually be cheered up by the arrival of a column of Chinese tanks. 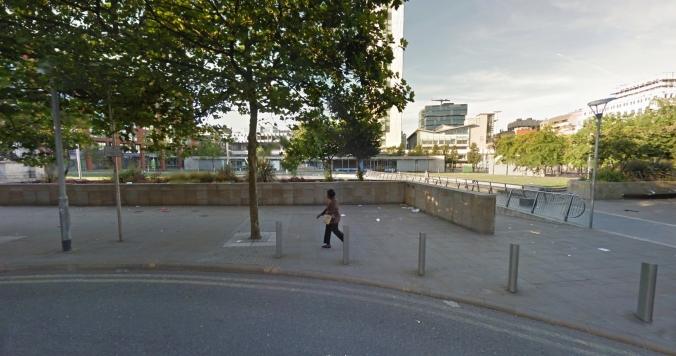 Not that its the job of architecture to be perpetually cheery, but it is the job of a city square to not be depressing. The job of the square is that of communal meeting space; it should be agreeable, it should require you to spend no money.

Trying to find something positive to say about Tadao Ando’s concrete pavilion, I suppose you could stage a convincing open air production of George Orwell’s 1984 here. I’m sure it was meant to be slightly arty but mostly something that blocked views of the bus station. [A better idea might have been to build a an attractive looking bus station, like Preston.]

Concrete Pavilion by Tadao Ando and a plastic toilet

Tadao himself more or less admitted his concrete wall was all wrong for this space, but it’s not his fault it’s there. He didn’t commission it.

The trick with ‘doing a Brutalism’ – if you’re determined to have some – is to be utterly defiant and bold. The main problem with the pavilion is it’s the most small and timid example Brutalism you could possibly find, outside of a Lego convention.

The encroachment of One Piccadilly Gardens onto the square I can not fathom. It’s an office block. 25% of the UK’s office space is empty. So why build more? On a city square? 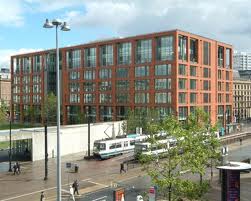 A lot of cities would love a big open space like this. Put some plinths up. Dozens of them. Take the cue from Trafalgar Square and run with it. Get rid of the grim grey wall. Put up a big glass awning.

A one-day travel card, designed to let you explore your region, from Ramsbottom to Macclesfield, Wilmslow to Saddleworth. Why on earth not? The Toronto TTC day pass is a good example to follow. They actively encourage you to give the ticket to someone else when your done with it. Friendly Canadians.

Since the mid Blair-years, Britain has gone utterly bonkers spec-building ‘Luxury Apartments’. Nowhere more so than central Manchester. These are tiny one and two bed flats, smaller than the legally allowed smallness of last century’s Glasgow tenements.

The rusting balconies of Manchester

What sold everyone on the idea of the balcony? I believe the clever spec-builders had twigged that the British – after decades of Spanish package holidays, presumably – equated a balcony with summer sun, good times and luxury. 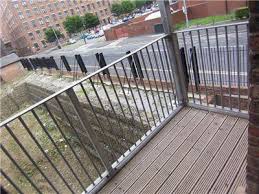 Manchester has gone balcony-building mad. They seemed to think building them would force the sun to come out. It didn’t. Nowadays we see leaking luxury apartments and balconies covered in rust.

Manchester really needs to wrestle Pomona Docks away from Peel Holdings. Peel have been allowed to rule this part of the world for too long. They are not democratic. They don’t care about community. They are tax-dodging money grubbers who are happy to push elected leaders around. They want to turn this important bit of green space into (guess what?) yet more (yawn) luxury flats.

Pomona Docks, closest thing Manchester has to a city park

Manchester needs to keep this land as a water-fronted park and a place of natural wonders. But not a park as city councillors, town hall accountants and other assorted dullards think of parks. We don’t need formal rose beds and a statue of the King.

Push the boundaries of what a park can be. Keep it rough and wild, maybe. Look at what Paris did with Parc de la Villette in the 80s. What would an avant-garde Mancunian park-designer do in 2014?

[The above picture is one of a series and comes from an excellent study of the Pomona Docks area by Skyliner. Every thinking Mancunian and urban explorer should take a look at it.]

31 thoughts on “6 Things That Would Vastly Improve Manchester” 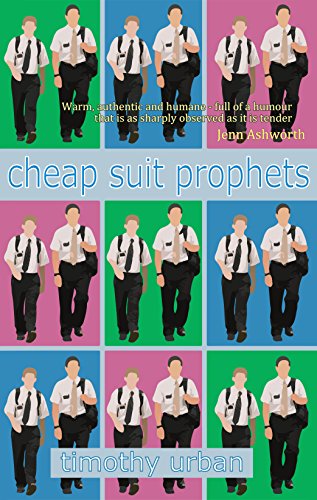 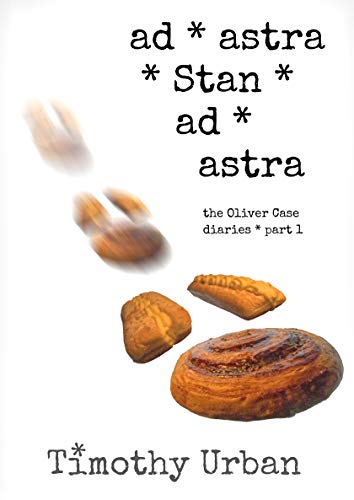